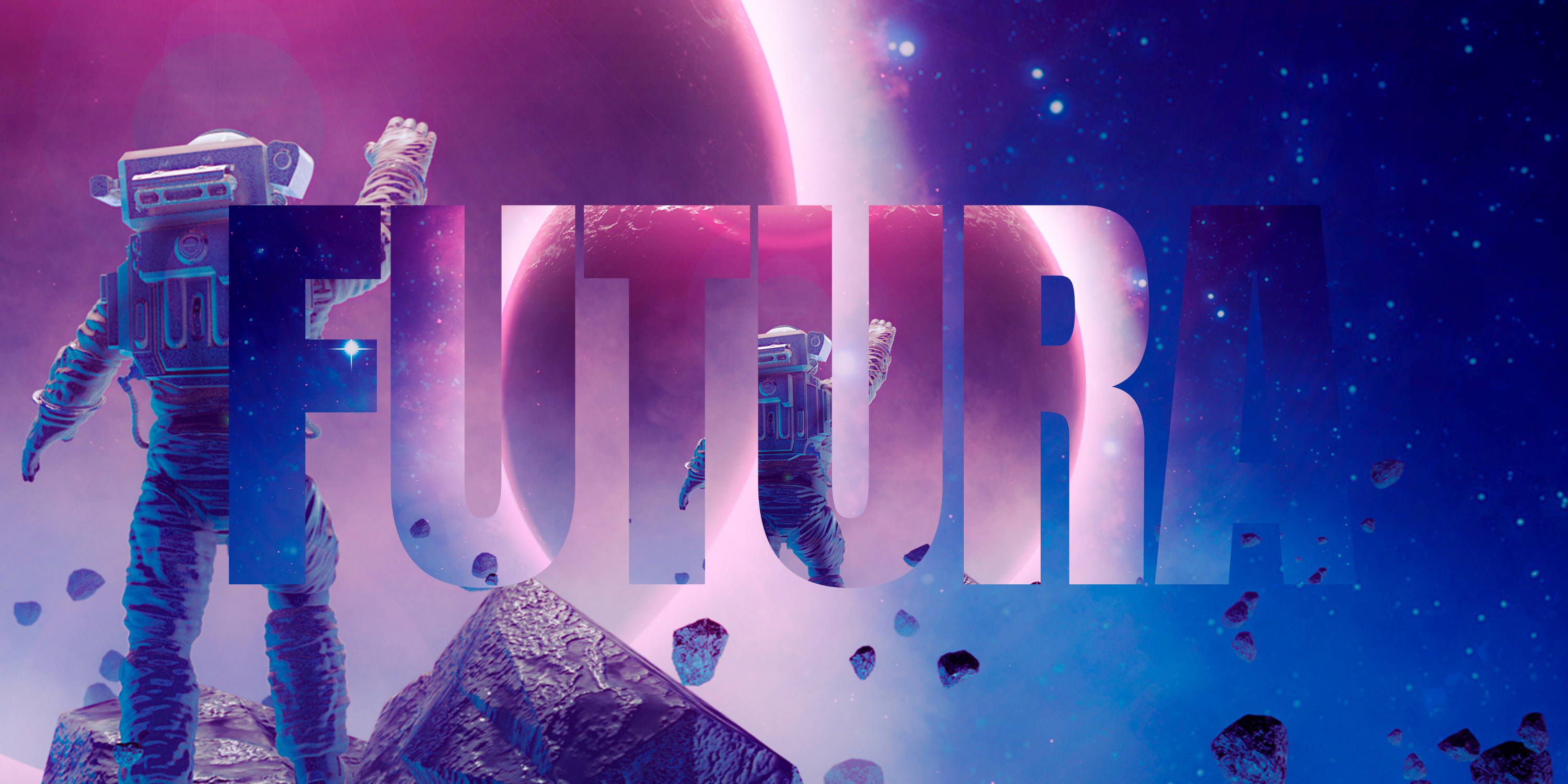 Behind The Font: Why The Futura Typeface Never Looks Dated

We all love unique, artsy fonts. Designers’ font collections may be stuffed with statement fonts — ranging from retro to futuristic, grungy to alarmingly elegant, baroque to Bauhaus-inspired. But even the most eclectic font collection isn’t complete without a couple hits. There are certain fonts that designers reach for time after time, like the endless variations of Helvetica, DIN, and of course, the Futura typeface.

We’re dedicating this article to one of the most common staples of our customers’ font libraries; a typeface that’s graced countless logos; a formidable font that looks just as modern today as it did when it was first released in 1927; the one and only Futura.

We’ll cover Futura’s history, unique font anatomy, and its use in logos and branding. And we’ll also tackle the question faced by many well-established, classic typefaces — what does the future hold for Futura?


A Brief History Of Futura

German type designer Paul Renner began work on the Futura typeface in 1924 as a contribution to the New Frankfurt project (an affordable housing project which drew support and design contribution from many esteemed architects). Futura was released by The Bauer Type Foundry in 1927. It was marketed as the “font of our time,” and also as the “font of the future.” It was an immediate commercial success.

Many people might view Futura’s clean lines and instinctively label the typeface as Bauhaus design, but Renner himself was more closely associated with the New Typography Movement, which slightly predated Bauhaus. While the two schools of thought definitely influenced one another, they remained distinct.

While Futura was received well on the global stage, it was met with resistance in its native country. Renner himself was outspoken about his disapproval of the Nazi party, eventually leading to his arrest, dismissal, and temporary relocation to Switzerland.

In the beginning of the Nazi party’s rise to power, they staunchly rejected the more modern, Roman typefaces in favor of traditional Blackletter type. Futura’s clean, elegant anatomy resulted in the typeface being cited by the Nazis as an example of “degenerate art.”

Example of Blackletter Type // Photo by Taylor Gregory on Unsplash

The Nazi party clung to the antiquated Blackletter type while the rest of Europe (including occupied territories) and the Allied Forces opted for cleaner, more readable typefaces. In 1941, the Nazi party finally surrendered to popular opinion (and legibility concerns) and switched gears dramatically. They falsely claimed that Blackletter had Jewish roots and banned it, making a clear statement that Roman style typography was to be the new norm in Germany. But it was too late for the Nazis to capitalize on Futura’s popularity — it already had taken on a life of its own.

Shortly after its debut, the world started seeing Futura in graphs, charts, maps, comic strips, and print advertising. It was the perfect no-nonsense font for presenting information and complementing images. The Futura typeface spawned countless imitations, but none of them caught on quite like the original. From brands to fine art, Futura has been a true workhorse of typeface for nearly a century. It was even used on the sides of NASA rockets and is featured on the plaque left on the moon by Apollo 11 astronauts.

You read that right. There’s Futura on the moon. We can’t imagine that Josef Renner ever saw that coming. 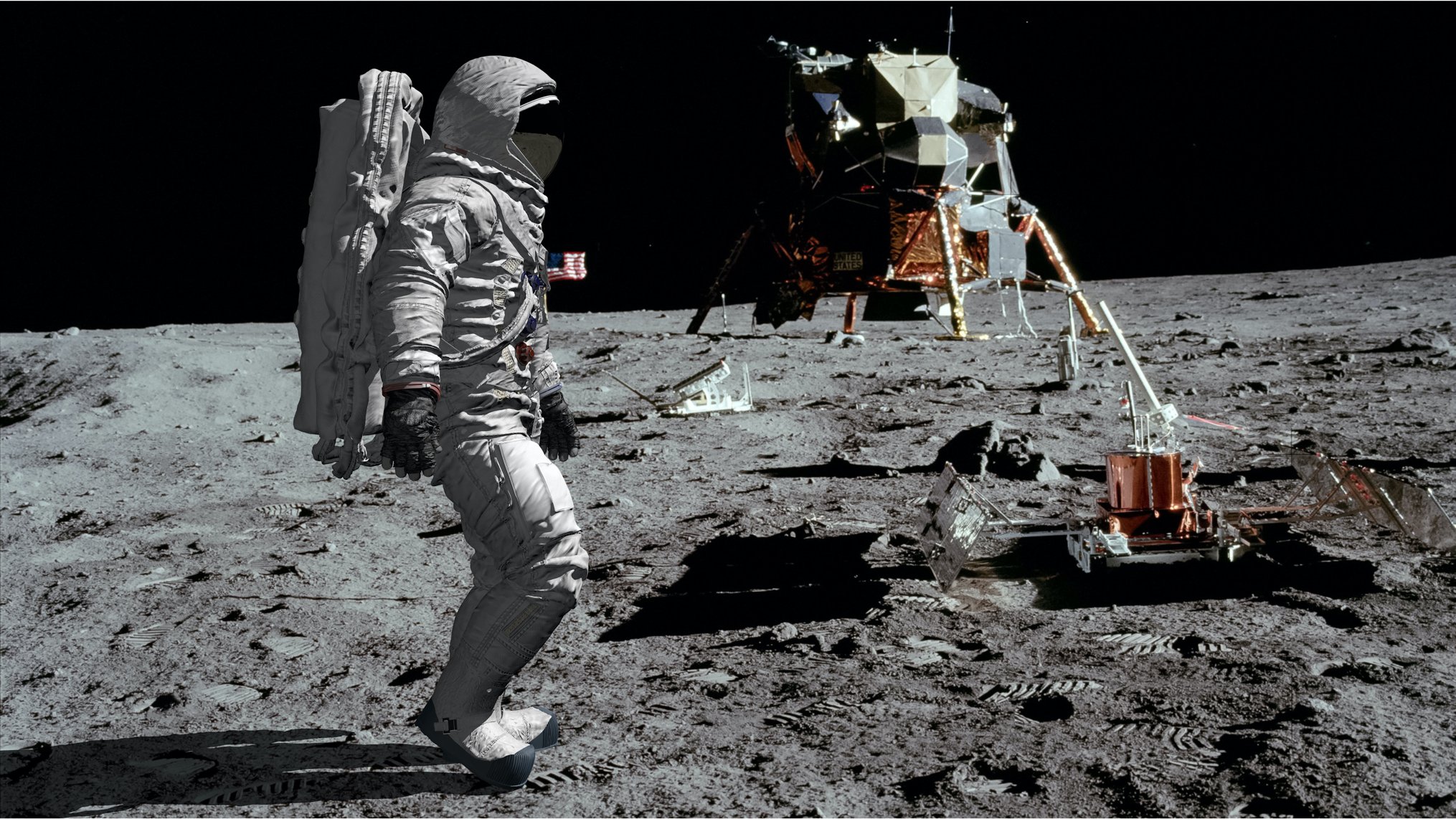 Futura In Logos, Advertising, And Art

If it’s good enough for astronauts, it’s good enough for adventurers working a bit closer to home. The Futura typeface has been employed by two of the most popular automobile companies in the world — Mercedes Benz and Volkswagen. While both auto manufacturers are German, they have wildly different brands. Mercedes Benz is associated with luxury and precision, while Volkswagen has long been viewed as an alternative to a luxury car; reliable but affordable, with a bit of counter-culture clout. Yet, both brands used Futura because the typeface is wildly versatile.

This versatility is the reason that you’ll spot Futura logos across a wide variety of brands. Just because a neutral, minimal fashion line like Calvin Klein uses it, doesn’t mean it’s not a perfect fit for a more extravagant fashion brand like Dolce & Gabbana, or a streetwear brand like Supreme, or a sports brand like Nike.

The entertainment industry adores Futura. This font was also thought to be Stanley Kubrick’s favorite typeface, and he used it in the posters and title cards for 2001: A Space Odyssey and Eyes Wide Shut. Director Wes Anderson’s has used it for many of his films, and it even graces set design throughout The Royal Tenenbaums. You may have also seen it gracing the title cards and posters for American Beauty, Gravity, Interstellar, and V for Vendetta, to name a few.

Futura’s popularity in advertising has led to oversaturation at times. Some critics have spoken out against it. In 1992, a group of art directors even took out a full page ad calling for the design boycott of Futura Extra Bold Condensed. But here’s the thing: no one could have imagined just how versatile the Futura typeface really is. That commercial oversaturation meant that the iconic typeface was just becoming ripe for a new avenue — art and social commentary.

Feminist artists like Jenny Holzer, the Guerilla Girls, and most notably Barbara Kruger embraced Futura in their work. After decades of the advertising industry telling women how to look, feel, and buy with a little help from Futura, these artists took the typeface into their own hands and used it to create powerful, thought provoking art. Futura has since been embraced by countless artists, including Shepard Fairey.

There’s no denying that Futura’s a good-looking font, but why exactly is that? The anatomy of Futura reveals why it’s so aesthetically pleasing, no matter which decade or project it’s being used in. It’s a sans-serif, geometric typeface with low-contrast, even-width strokes. 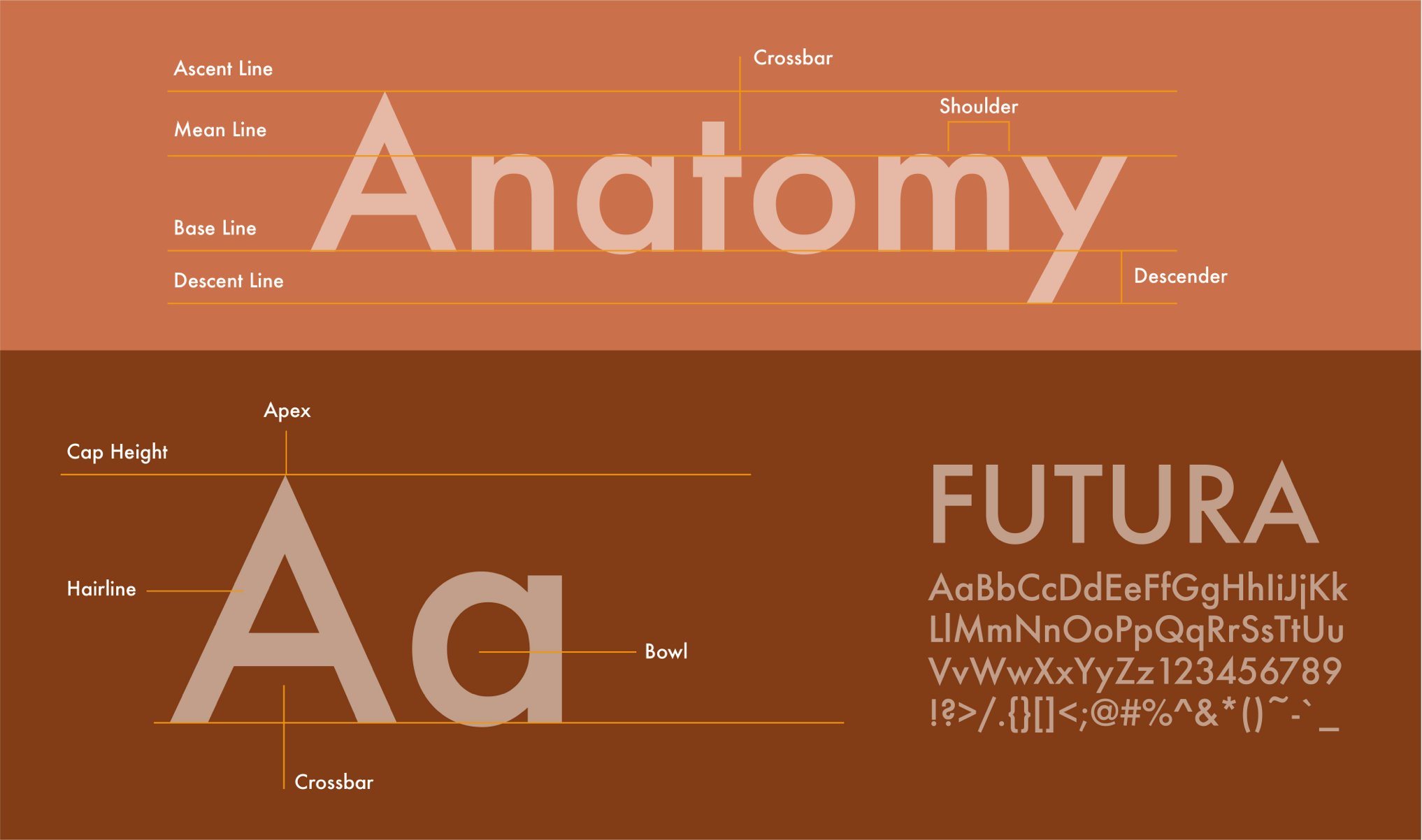 Sans-serif (or just “sans”) typefaces tend to have a cleaner, more modern look and are generally thought of as better for statement text (logos, headlines, titles) than for body text. However, this isn’t necessarily the case with Futura. As our friends at Type365 would argue, “Futura’s moderately low x-height lends itself well to use in body text… Futura looks perfectly handsome in body text.”

What Does The Future Hold For Futura?

Futura is well-suited for app and web design because of its supreme legibility. However, it’s not always used to its full potential. Since the Futura typeface is widely acknowledged as beautiful and easy-to-read, some designers may not put in the extra work to ensure Futura really shines in digital projects. We were thrilled to see that Florian Gaefke created a guide to using Futura in UI design to set creatives up for success.

Futura has been around for over nine decades, and it’s not going anywhere. That clean, modern aesthetic that Renner embraced in the 1920s has withstood the test of time. Futura’s versatility has empowered it to grace brand billboards, fine art, rockets, and even YA book covers, and it will continue to be widely used and loved. Even though it was released in 1927, the Futura typeface stills feels like both “the font of our time” and even “the font of the future.” We wouldn’t be surprised if Futura continues to dominate graphic design for another century.

Have you ever used Futura in a project? Since there are numerous font versions of Futura available, it can be hard to keep them organized. This is especially true if you’re using different versions across multiple projects or for multiple clients. Font management software makes it easier for professional designers to organize, activate, and find the right fonts for the right project.

Take Control Of Your Font Collection
Previous Story
← Creativity One Day At A Time: How We Got Inspired To Make A Fun New Design
Next Story
Here Are Some Of The Best Font Testers To Elevate Your Work →