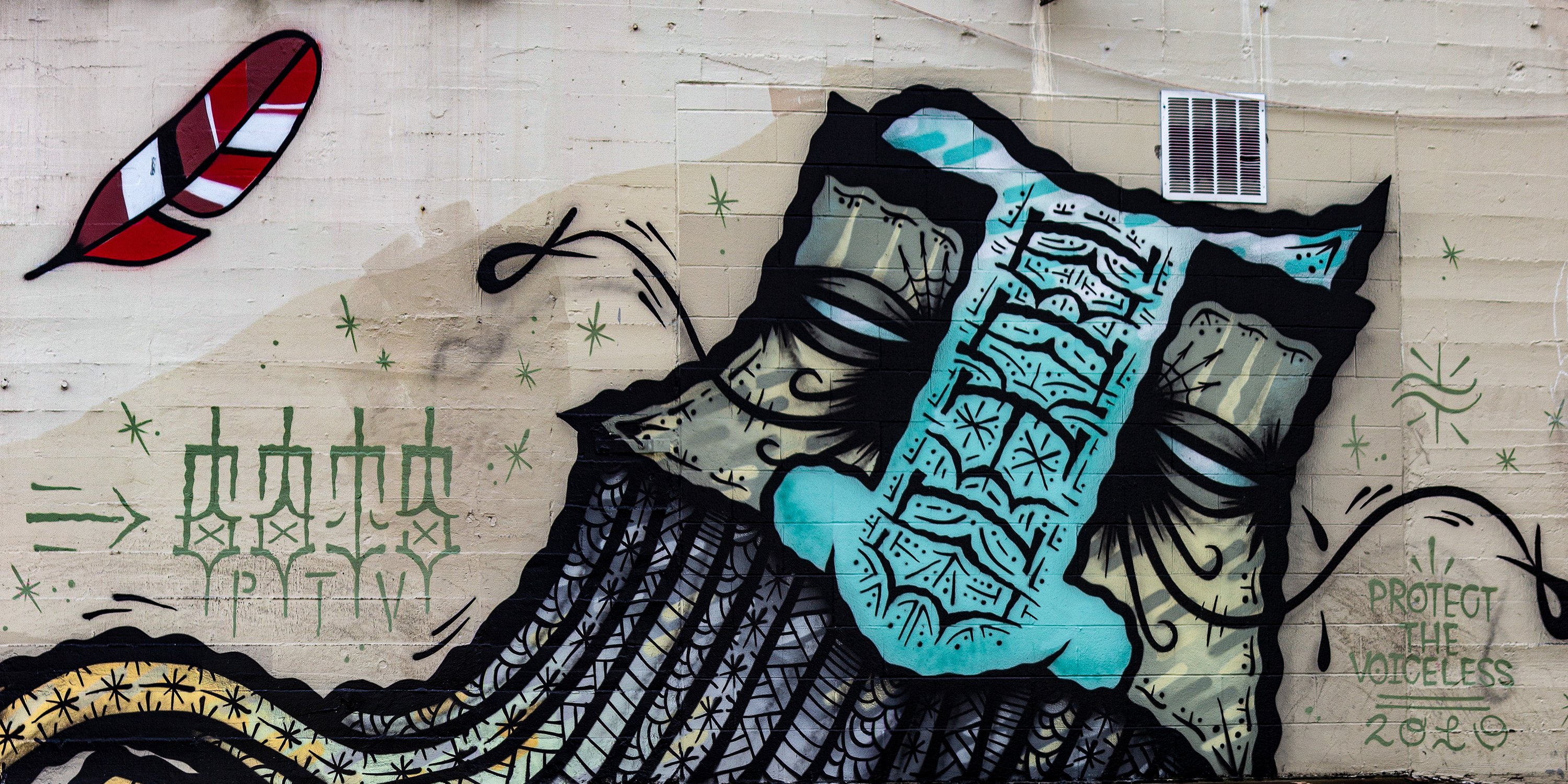 As you may have noticed, we’re kind of obsessed with saving time. That’s because time wasted is frustrating, demoralizing, and counterproductive — but it’s also because free time is precious, magical, and full of possibilities. Even a single extra hour in your week can lead to pure joy. You might get outside and soak up the outdoors, unroll your yoga mat and reconnect to your center, or unleash your creativity and make something beautiful in a mere sixty minutes.

Creativity is essential for everyone, not just for artists and designers. We celebrate our customers all the time, so we also wanted to recognize some of our wonderful team members who take on bold projects outside of work.

Kris Hurrle is a member of our Technical Support team. When he’s not helping Extensis customers resolve technical issues, he’s spending time with family, riding his motorcycle, and taking some fantastic photographs. His photography subjects range from Portland’s street art to vivid night skyscapes. I chatted with him about how he creates beautiful photos. 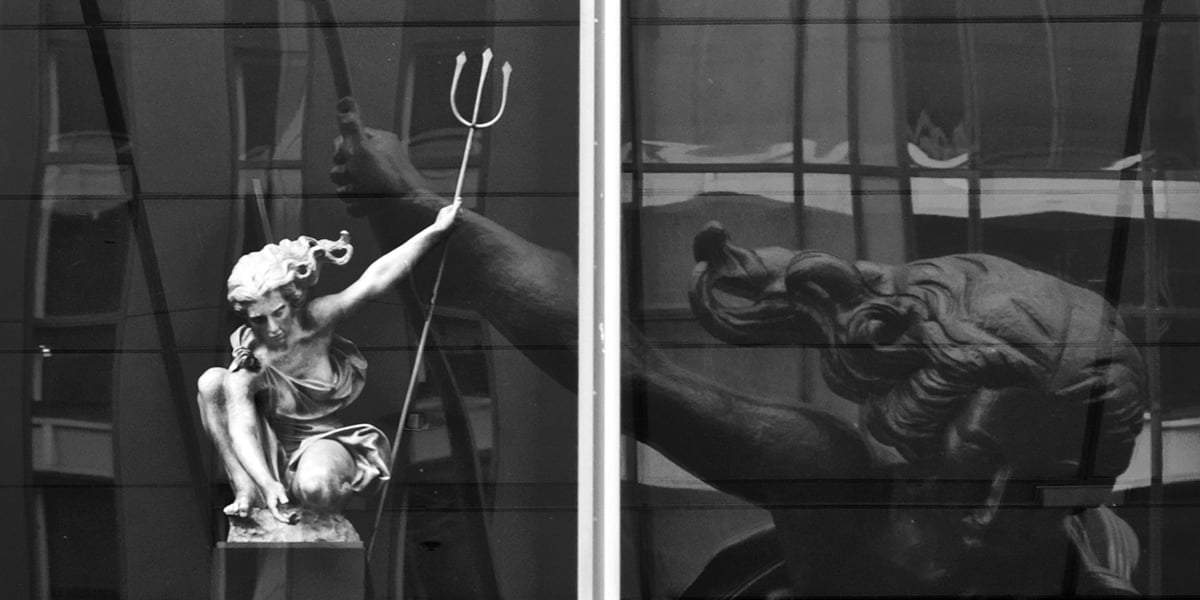 How did you get started with photography?

KH: My dad started as a reporter/photographer for the local newspaper when I was a kid. As long as I can remember, there were cameras around so it kind of just happened that I got into it. However, I really got into it in college when I burned through all of the photography classes and still wanted more.

What are your favorite photo subjects?

KH: It's hard to pick just one favorite. Astrophotography is amazing because it’s something that is always there and most folks take for granted, or don’t even realize it’s there. Then, I love to take photos of things from a slightly different perspective that makes someone look twice at something they normally would have just glanced at and moved on.

It’s the same with black and white. Color can so often be a distraction so shooting something in black and white can give it completely different meaning. I also love graffiti/street art because it’s again something that is often taken for granted or just not appreciated. Lots of folks see graffiti and just dismiss it out of hand as vandalism without ever taking the time to appreciate the artistic value. 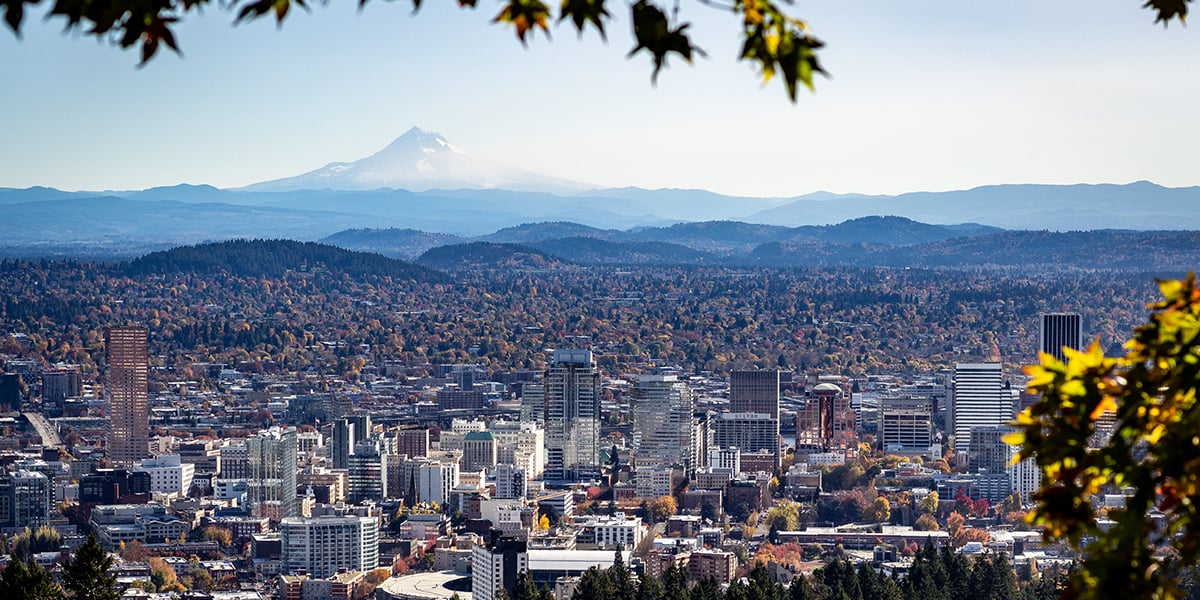 What kind of camera and lenses do you use?

Do you have a preference: digital or film camera?

KH: They both have their pros and cons. I haven’t used film in almost 20 years. When I moved to Portland a little over 16 years ago, all my photography equipment was stolen. I didn’t get back into it until a few years ago when I bought a digital camera. Although the principles are the same, I had to learn a good deal of it all over again. I like digital because it’s instant gratification. You shoot, you look, you shoot again. You can make adjustments on the fly and if you don’t like a shot, you take it again. However, I miss the visceral pleasure of development. I would often refer to the dark room as the Bermuda triangle because you can go in and work for an hour and come out and realize that you were actually in there for four hours. 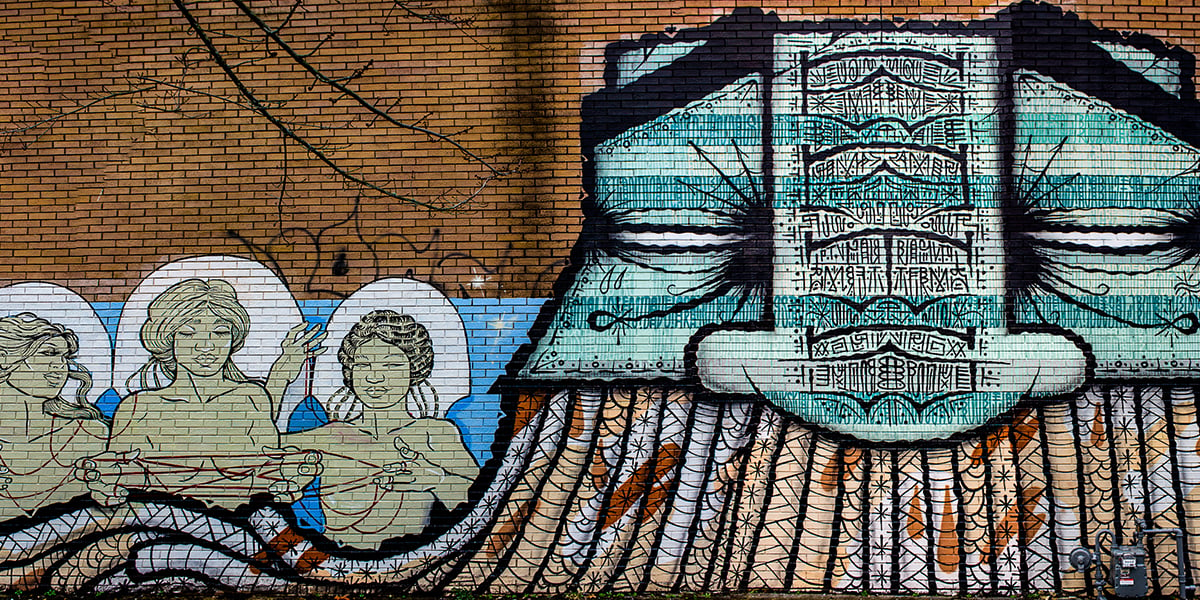 So many of your photos highlight Portland’s parks, murals, and landmarks. How do you feel like your photography connects you more strongly to your city?

KH: Portland, like any other place, has so much that is simply taken for granted. The daily grind has a way of numbing you to the things that are around you. I love that you can find beauty and things that are pleasing to the eye in almost anything if you just take a moment to look. I love that Portland has literally hundreds of pieces of street art tucked away and just waiting to be found. It’s like a treasure hunt and is a great way to explore the city. 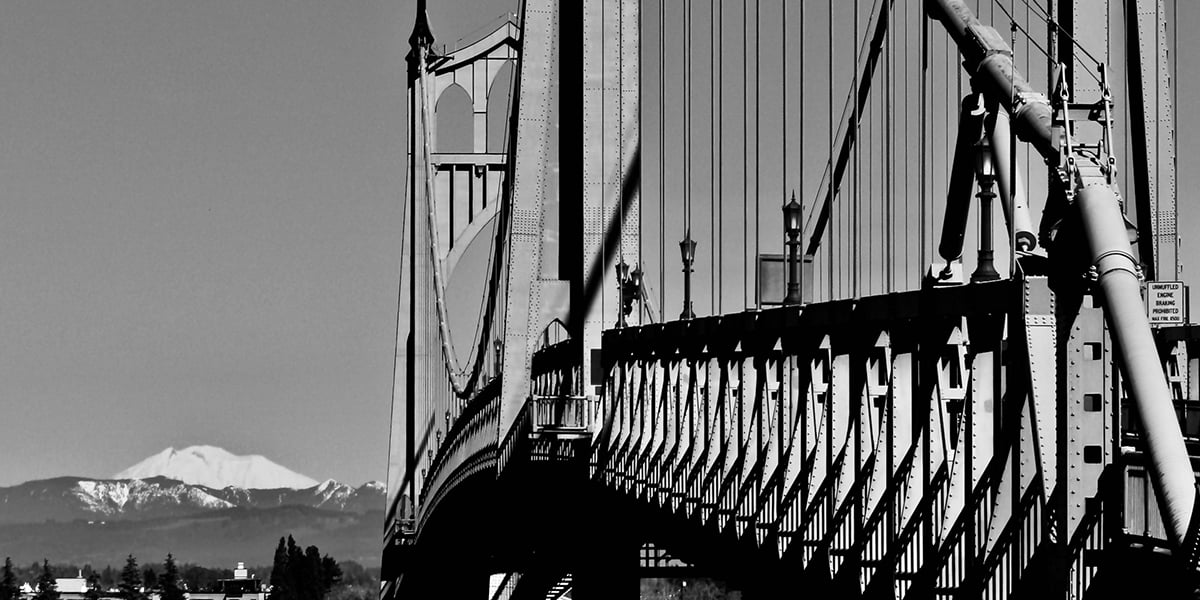 I couldn’t help noticing a few great shots from the Extensis office. Do you have a favorite moment or photo that you captured from the fifth floor?

KH: In November of 2019, Mercury passed between the earth and the sun. The best time to view it was super early in the morning, and I actually made arrangements to take photos from the roof of another building downtown. However, the clouds were not cooperating, so I wasn’t able to get the shot before work. That particular transit won’t happen again until 2032 so I was kinda bummed that I couldn’t get it. I noticed on my first break that the clouds had broken and I managed to get a few shots off from one of the conference rooms. I am really happy with the results. It seems so small, but it’s amazing to me that this photo of an orange ball with a little dot in front of it is a moment in time showing a planet that is ~95 million miles away and would otherwise only be visible as a pinpoint of light in the night sky. 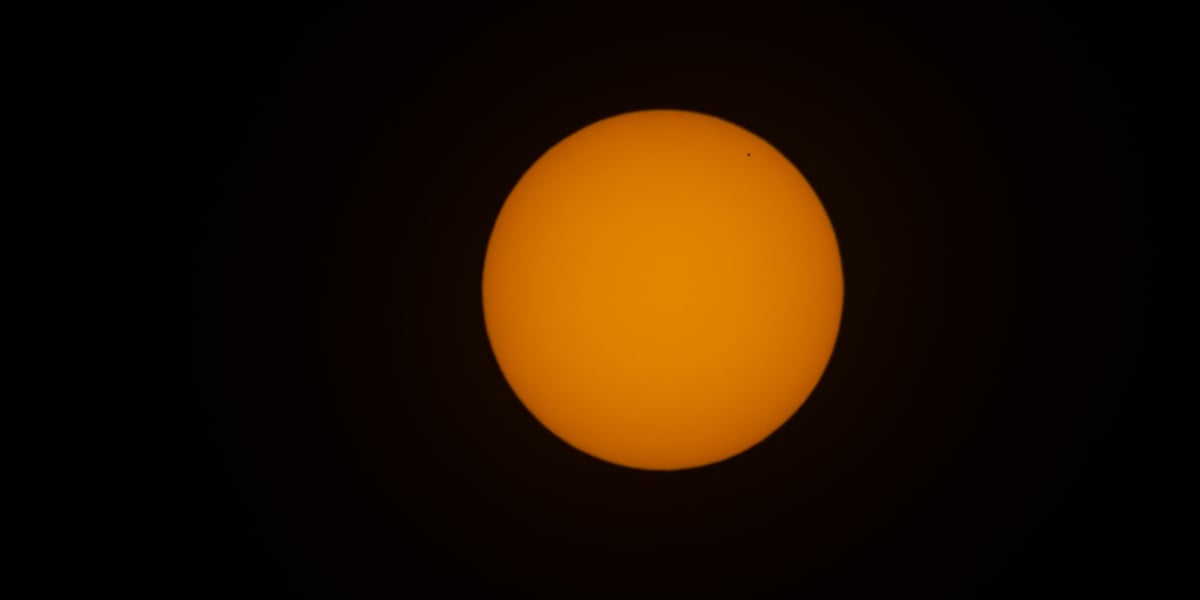 Now that we’re working from home, has this changed how you work photography into your day?

KH: It’s a little harder from home. Where I used to just go walk Portland and had several parks close by, I don’t have the same access in suburbia. I still take my camera with when I go places but it’s not the same. With COVID happening, a lot of the places I liked to go for astro stuff are closed so I didn’t get to do much of that this year. I just need to shift my perspective and find a new subject matter.

How much time do you spend in an average week taking and editing photos?

KH: It depends on what I have been shooting. If it’s a quiet week and I haven’t done much it could be a few minutes, If I’ve been busy with astro stuff [astronomy photography] or if I’m feeling particularly creative or inspired it can be hours on hours. 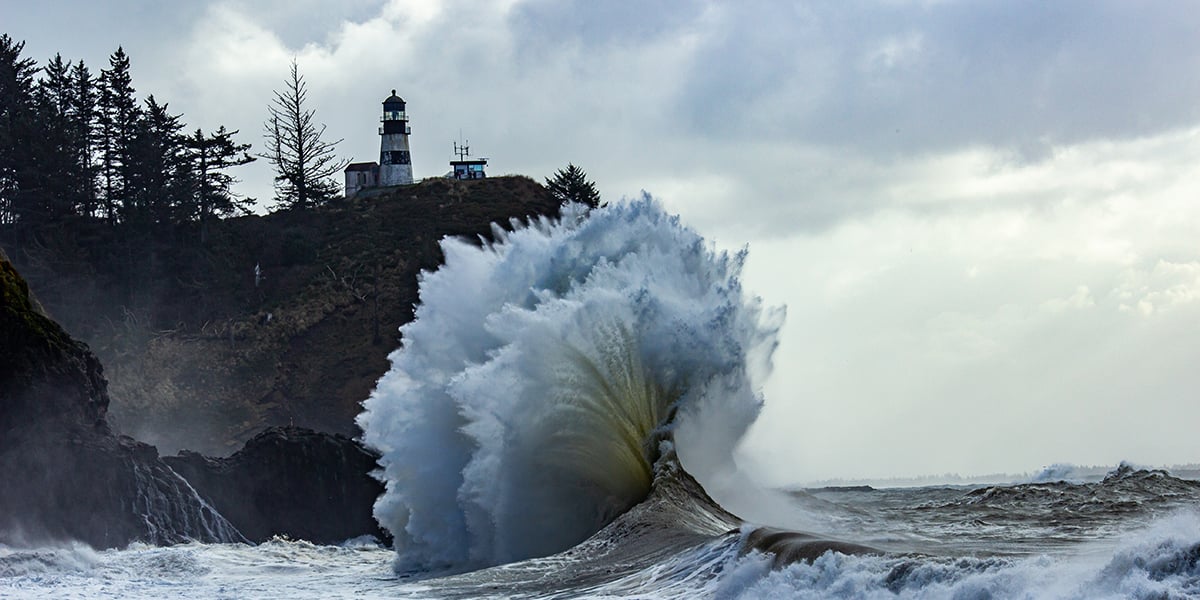 KH: Something my photography teacher in college told me was: “Don’t take pictures; take photos. If you hand a chimp a camera, they will take pictures. Take some time to think about what you are shooting and make it worth your *and the viewer’s* while. The best photos are the ones that make the viewer look twice.” Don’t be afraid to get into a weird position for a photo. Those are often the very best ones. If you have an idea for a photo, try it. If it works, you will have a great photo. If it doesn’t, at least you know.

Want to see more of Kris’s photos? You can follow K_Hurrle_Photography on Instagram to keep an eye on his images of Portland’s unique street art and gorgeous nature scenes.