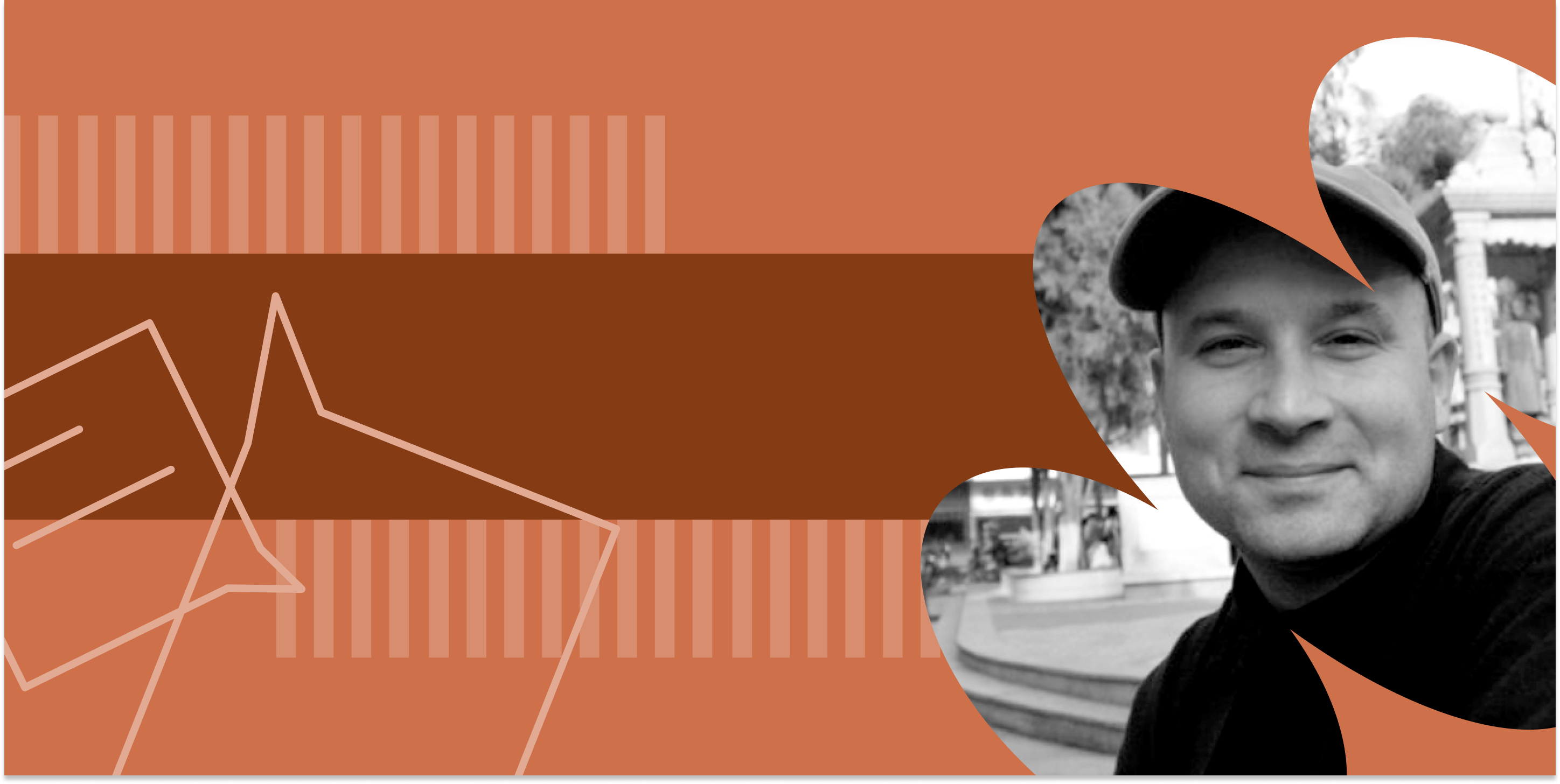 Where does inspiration come from? All around us! It’s easy to get stuck and keep turning to the same primary inspiration sources, but type designer Donald Tarallo always keeps things fresh. He’s inspired by his typography students, his travels, and the creative processes of others.

I sat down with our Social Media Manager Ashley Garth to interview Tarallo over Zoom, with the three of us dialing in on a November morning from our respective cities (rainy Portland, crisp Nashville, and chilly Boston). Here are a few of our favorite highlights, and you can watch the full interview on our YouTube channel.

On how Tarallo was drawn to typography (0:39)

I grew up in my grandmother’s ceramic studio and it was there that I learned form-giving and developed a strong love for the art and craft of giving form. Then, later on, I studied art and design at Clark University, which led me to Basel, Switzerland to attend classes at the Basel School of Design. That school had a heavy emphasis on typography. Several years later, I attended graduate school at the Rhode Island School of Design — again, another school with a heavy emphasis on typography. Those experiences really led me down this pathway that I'm following today as a type designer and graphic designer.

My creative process always begins on paper. I like to draw, I like to write, and sometimes I paint. After I trace, I go to the computer. Sometimes, I go back and forth between the computer, printing, and drawing over prints.

Most recently, my typeface Form Pattern was made into a letterpress type by Type High in Wales, United Kingdom.

It’s a really interesting to see my work being brought into another dimension. Seeing what other people do with my work definitely comes back and informs my own creative process.

The most important thing, in my opinion, would be that the style of the type should fit the mood of the content.

Other than that, knowing what your design needs is very important. For example, if you're designing a book and you know you have lots of different kinds of content and text, you want to choose a typeface that has lots of different weights, so you’ll have the opportunity to create hierarchies and emphasis on different levels of content.

On making his typefaces available on tote bags (7:20)

In graduate school, I had a studio down the hall from fashion textile design, and I would walk by after my classes or working at night. I would always look in and watch the textile designers making patterns and it was such an inspiring thing for me, I just loved watching them make patterns.

Also, when I was growing up, my father and my stepmother had a clothing store, so I was always around clothing and fashion and fabrics and whatnot.

Later on, when I started designing FormPattern, which is a typeface intentionally made to create patterns, it just naturally led to me thinking, “What could this be printed on beyond paper?” I recognized this was my chance to finally explore pattern-making and textile design.

I don't know how to sew very well so I thought that probably one of the easiest things to make would be something square like a pillowcase or a tote bag. I liked the idea of making tote bags because they have an environmental purpose.

On how traveling in Italy inspired the Binario typeface (10:30)

I was teaching a workshop there at the Siena Art Institute, and I gave the students an assignment to go out into the city and create a typeface inspired by something they saw in the city of Siena.

I decided to do the assignment myself to show them how I would do it. I did the whole uppercase during that summer course and this was all done - not in a computer lab - but with a brush on paper. I worked on the project with my students, and it was fun because they could develop what they were doing while I could develop what I was doing, and we could discuss it.

Binario was inspired by, first and foremost, a sense of place. What is the sense of Siena for me? What emotions does Siena give me? How do I feel in the city when I’m walking through it?

I would walk around Siena thinking, “Wow, this is a very compact, really packed city with heavy brick buildings, many Roman arches (which inspired the curves and the letter forms), and lots of modular urban signage.” Even the feeling of walking down the street, stopping and drinking an espresso in one of the cafes that had a logo from the art deco period, while I’m looking at the shape of the espresso cup…I’m just drinking it all in. I love the country, I love the culture, and I wanted to connect with it.

Probably the most inspiring thing for me is just watching how nature changes, the seasons. Living in New England, there are plenty of seasons to experience different things.

Also, writers and the creative process of a writer. I recently read how Stephen King writes and about his disciplined process. I think it's very interesting as a creative person to think about other creatives and different disciplines — chefs and cooking, musicians, the career paths of musicians and poets, and probably most of all, my students, too.

That's one of the reasons I teach. Every day, when I'm in the classroom with students…sometimes it can be more rewarding for me to watch them making and growing and maturing, than any other part of my practice. That energy fuels me, too.

You can explore Donald Tarallo’s work at TaralloDesign.com and on his Instagram.

Previous Story
← We’ll Trade One Year In Review Featuring Extensis CEO Toby Martin In Exchange For A Bulgogi Bowl If You’re Up For It
Next Story
We Hear You Like Inspiration: 6 Uplifting Design And Typography Instagram Accounts You Should Follow →