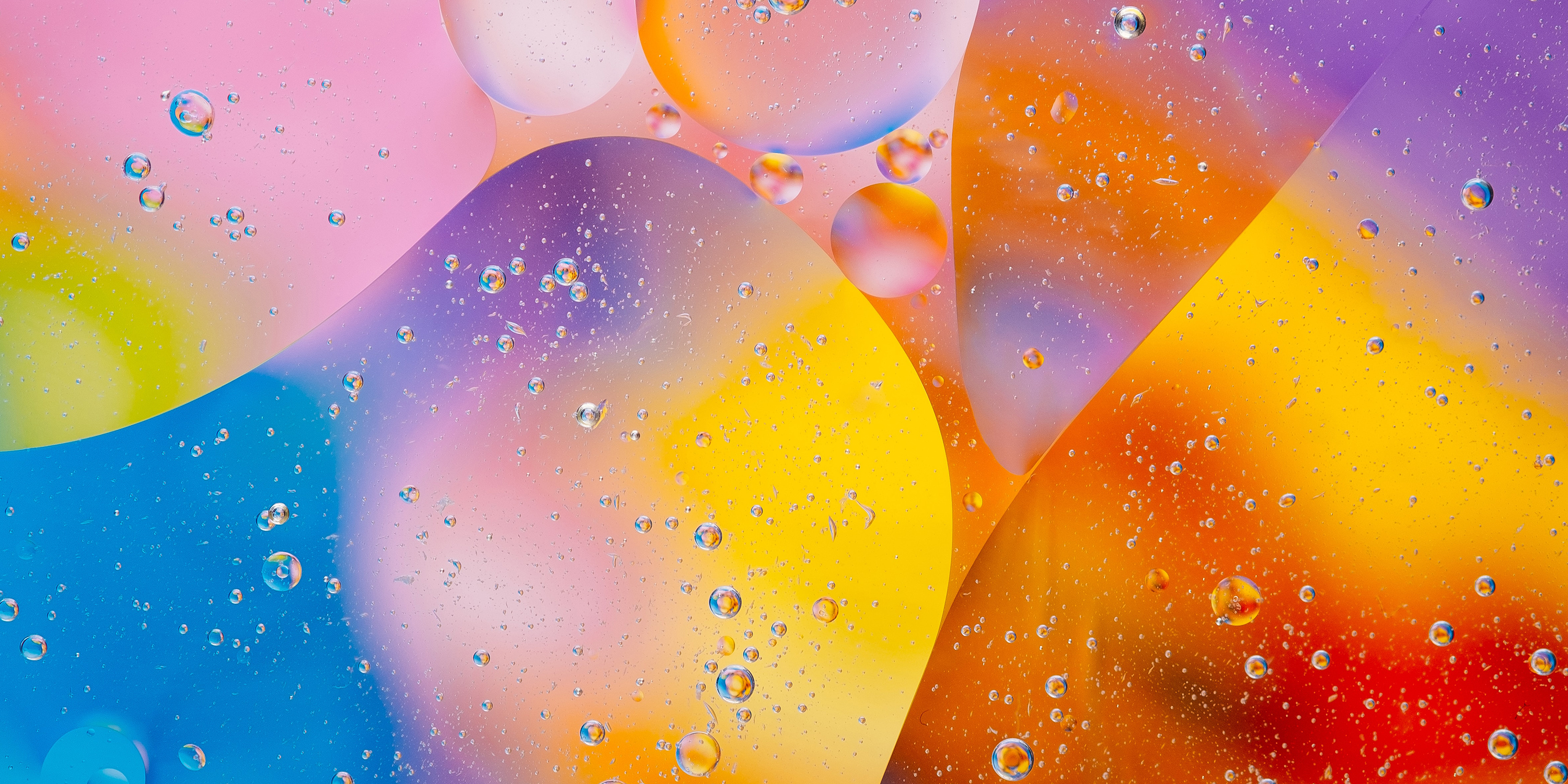 Vision is everything. We’ve all been there; turning around projects in a rush, focusing on short-term gains, working in tight-knit, siloed teams with our own priorities. Chances are that you know the feeling all too well, and, in retrospect, you wish things could have been different. Things don’t always work out the way we plan. Instead of falling into despair, it’s important to look back and learn from our experiences, adapt, and move forward.

Recently, our team watched General Magic, a documentary about a technology company of the same name that was founded in 1989.

The CEO had a powerful vision — an elegant, portable, handheld device that would allow users to communicate with friends and colleagues, shop, and play games. The company quickly amassed an incredible team, all inspired to collaborate on the ambitious project together.

Early sketches of the product didn’t look too different from the smartphones we now use every day. This innovative design was conceived 18 years before Apple launched the first iPhone in 2007. Unfortunately, the General Magic team encountered a number of internal and external obstacles. This documentary tells the tale of this startup, its brilliant staff, and its legacy.

While General Magic may not be the epitome of a success story, it tells the tale of true innovation. It’s inspiring, but it’s also grounding — we found ourselves reflecting on many of the themes presented in this powerful documentary.

Here are seven lessons we learned from General Magic:

General Magic founders Andy Hertzfeld and Marc Porat believed the product would need to fulfill three objectives: provide content, facilitate communications, and be a beautiful, precious object — something to hold in your hand and treasure.

At the start, the internet was in its infancy, and very few websites (sources of online content) even existed. Yet, Hertzfeld and Porat were so forward thinking that they predicted that this device would fit perfectly into the future. Porat was a powerful speaker, making teammates and audience members think: “I want that. I want to live in that world.”

Today, these three criteria are drivers for the design and desirability of all smart devices. General Magic saw the future state of technology, culture, and human interaction much earlier than anyone else did.

2. Understand your customer and their needs

This device may sound universally desirable to present-day consumers, but that wasn’t the case in the early 90s. General Magic misjudged their ideal customer and the customer’s needs. The team worked in a bubble and created a device that they They simply assumed that everyone would want one, too.

It didn’t help that Apple released the Newton, a similar product, before General Magic could go to market. Add to that, mounting pressure from investors pushed the company to roll out their product launch — the Magic Link marketed by Sony. The Magic Link was intended for busy professionals, with a very high price point. However, much of the functionality included entertainment like games, which wasn’t a strong value proposition for the target market.

It’s a good reminder that you need to consider your customers’ wants, needs, and reservations during every step of product design. Think about their routines, and how your product can help to improve the quality of their lives.

3. The boring stuff is important

The engineers at General Magic were all brilliant and motivated. However, the idea of project management was a turn-off to them. They wanted to follow the lead of the co-founders Andy Hertzfeld and chief technologist Bill Atkinson, rather than bring new people on board as managers.

As a result, the team became disorganized. Priorities were unclear. Hertzfeld himself said in the documentary that he spent weeks working to make a perfect coin flip for one of the device’s games. Everyone was focused on different things, without a clear timeline, sense of deliverables, or comprehensive feedback.

The whole General Magic team was pulling long hours and pushing themselves, but they lacked direction. Ultimately, while the great minds here managed to accomplish impressive projects, these efforts didn’t result in a coordinated, synchronistic experience for the device. In retrospect, with an effective project manager the project would have been more focused, on task, and possibly ahead of schedule.

4. Set expectations for every step along the way

While everyone had their own understanding of what the ideal final product should be, expectations were not aligned or crystal clear. The team knew that different iterations would be necessary along the way. However, it was unclear what those stages or phases would be.

General Magic would have benefited from having a strategic roadmap for its developers — one that methodically inched closer and closer to the final goal, with flexibility in regards to user and investor feedback.

It’s a lesson we can all apply to our work, and to our lives in general. Whether you’re planning a beautiful garden, a new business, or your whole future, it’s important to set small goals and expectations for the near future and build on those. Be strategic with your time and efforts.

The General Magic team was running behind for their Magic Link release. They missed deadlines because of development delays, but more importantly, they held on to the product because they felt it wasn’t ready yet — that it wasn’t perfect.

By the time they relinquished control, they were disastrously behind schedule. At this point, they started working with focus groups to perfect the product, only to realize there were many user experience issues — including the entire device crashing. Had the product been released sooner, developers would have had the resources to adapt and make substantial changes for the next model.

Software updates were laborious in the mid-90s. Technology companies weren’t able to direct users to a website to download updates. Instead, they still had to deliver the update on a physical device, for example a CD-ROM. These days, updating and iterating is much easier for companies to implement. We all owe it to our customers to keep improving products in the endless quest for perfection.

6. Know what’s going on around you

Around five years into General Magic’s mission, the internet started gaining popularity. Making the devices internet-compatible could have potentially solved many of the product’s challenges. Instead of needing to contain all the content the devices held, it could have simply been a portal to websites with similar resources. Every smart device we use today relies on the internet to some extent.

The General Magic team was so focused on the task at hand that team members were incapable of taking a step back and seeing what was going on around them — even when it was something as big as the internet.

We’ve all experienced the temptation to dive in and focus, free of distraction. It can be very productive, but it can also put you in a bubble. You may lose touch as things change around you. Be sure to take a step back and check in with the world at large. Relax your laser focus, and take in the big picture.

7. Don’t give up, believe in your vision

At a certain point in the documentary, you believe that General Magic failed. After all, the Sony Magic Link was a commercial disaster. The stock price plummeted. The company dissolved.

It’s important to remember that companies are more than patents or profits. Companies are people — and nearly every person who was a part of General Magic in the beginning, went on to do great things. Members of the General Magic team went on to become chief officers at Twitter, LinkedIn, Nest, Adobe, Google, Apple; product designers at Pinterest; the inventor of iPod and iPhone; chief technology officer for the Obama administration, and more.

The ideal device described by Porat is no longer a pipe dream. We now use iPhones, Apple watches, Android phones, Blackberries, and more. In fact, many of the individuals who helped to design, develop, and usher in these devices are former members of the General Magic team.

The vision of General Magic did become a reality, it just didn’t happen during General Magic’s lifetime. Instead, the exceptional people who were part of this company took what they learned, and applied it to new, innovative projects. Today, these are the products that have helped to change society and allow us to connect to content, work, and each other — like never before.

We all make misjudgments and mistakes. The important thing is that we learn from those mishaps and do better next time. Who knows, you might just end up changing the world.

General Magic is currently available to stream on iTunes and Prime Video.